All Quebec's ski resorts, including the Sommets, announced their closings on March 22, 2020. Essential information for our customers is available on our COVID-19 web page.
LAST UPDATED: APRIL 2, 2020
MORE DETAILS ABOUT THE SITUATION

The SPUTNIK takes off

The SPUTNIK takes off

Saint-Sauveur, June 29, 2018 – It's with great pride that Sommet Saint-Sauveur launched its all new thrill ride, the SPUTNIK, on June 29th. The Parc F.U.N. was filled with a festive and cosmic-themed atmosphere as it highlighted this outstanding addition.

Management members, visitors, employees, partners, as well as PINSO, our favorite penguin, gathered in order to officially launch Sputnik’s first summer season. Children had a great time at this cheerful event, as they partied alongside a clown, makeup artist, DJ and exotic animals.

This new addition will surely deliver a touch of thrills to the more adventurous visitors. Its movements and simultaneous rotations will make one turn upside down in an exciting way! Fainthearted, be warned! The Sputnik, as well as the new terrace at Parc F.U.N., are part of the first phase of a 2 million-dollar investment, announced in April 2017 by les Sommets. In the end, this project was fueled by les Sommets’ interest in making its activities fun and unique for its valued visitors.

Again, we would like to thank all parents and children who took part of this launch and hope to see you this summer at Parc F.U.N. for a new height of emotions! 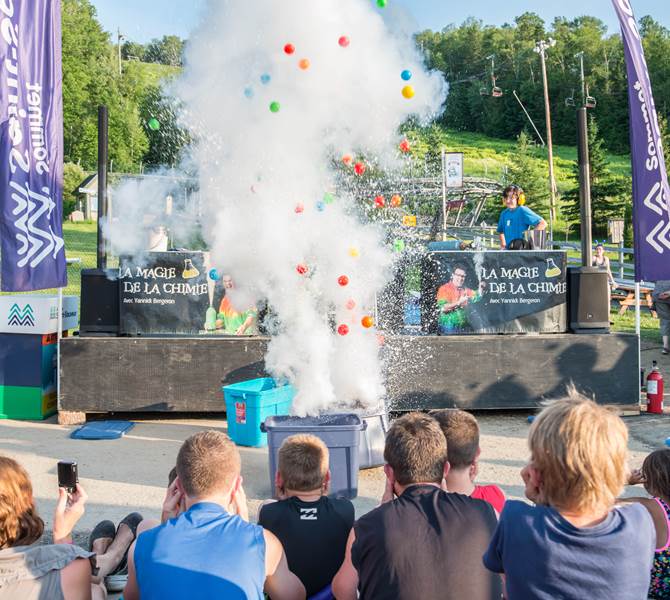 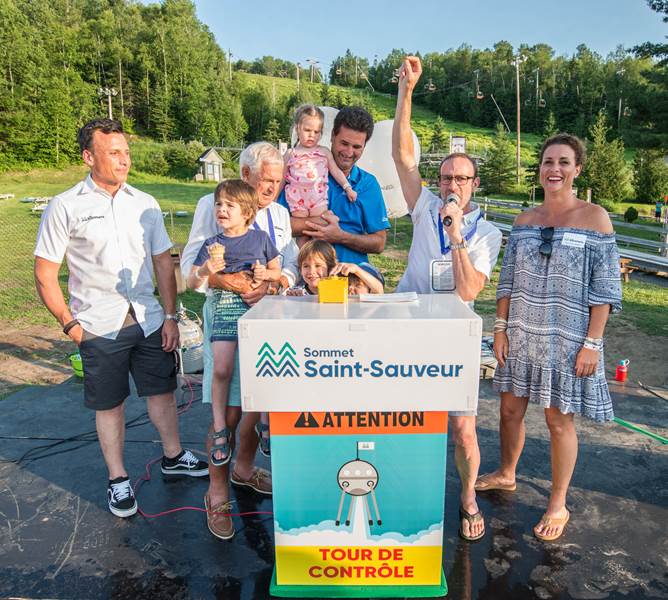 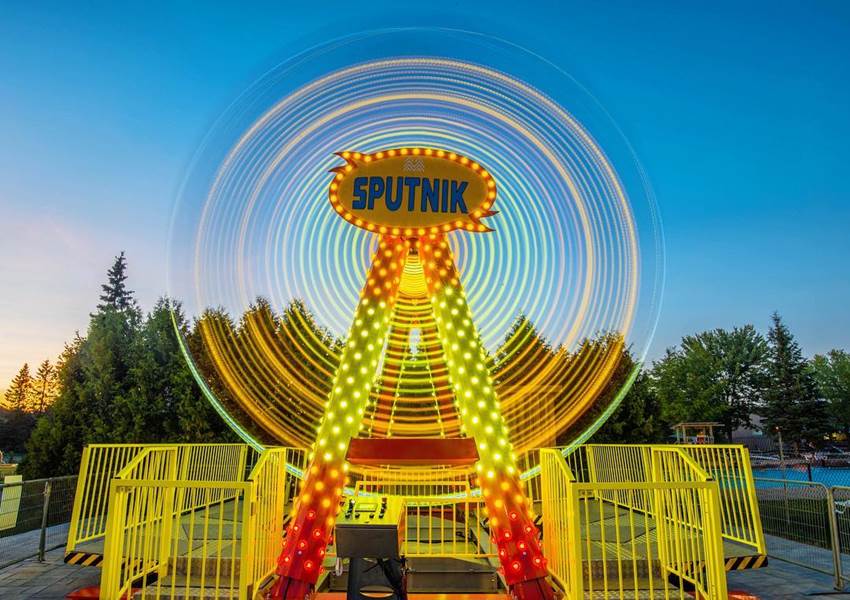